Ever since The Kite Runner, A Thousand Splendid Suns, and Three Cups of Tea, I’ve found Afghanistan to be a strangely compelling region. In those books, there was a different sense of the humanity of the people compared to what is seen on the nightly news, and it was difficult to align the two in my mind. Mention Afghanistan to someone and all they usually come up with is the notorious Taliban or the crumbling ruins that appear on the news. How accurate is that image?


When I first received Afghanistan: A Cultural and Political History, I hoped to find that answer and at the same time, that the book wouldn’t be too dry or heavy on political rhetoric. I was pleased to find that it’s an incredibly readable history book that makes the subject understandable and reveals the complicated lives of the people of Afghanistan. The author manages to compile the history without a political agenda or motive. 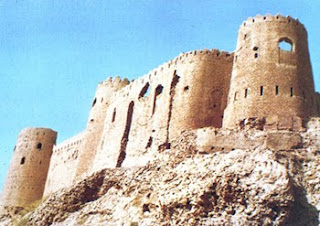 First off is recognizing that culturally, Afghanistan is made up of both tribal and nontribal ethnic groups. These groups mean everything to the people, and unlike some cultures, “tribal and ethnic groups take primacy over the individual.” In other words, “individuals support decisions made by their group even when such support has negative consequences for themselves.” This is a somewhat unique trait, and contributes to the devotion many have for their leaders. They also have an intense oral history that is repeated through the ages that also creates a sense of cohesiveness between past and present. These people live in a land crisscrossed by history, from Genghis Khan to Alexander the Great (see the photo of his castle above right). It was conflict between tribal regions, a civil war, that made the ordinary Afghan people eager to have the US come in to intervene with the Taliban, as “a drowning person is not too picky about who throws him a line….Afghanistan had either been ignored or abused by the outside world as it descended into chaos.”

The Taliban, known for their desire to spread extremely conservative Islam, had riddled the nation with violence towards women and other religions. They’ve managed to alienate even those countries that were providing needed humanitarian aid. They do not have the support of the ‘ordinary’ citizen, as at times the Taliban members have numbered below 150 members. A good portion of the book deals with how and why the Taliban gained such power. Another portion discusses the occupation by Britain and Soviet Russia prior to more recent actions with the US.

The historical details are interesting, but it was the smaller things that were more revealing. For example, why is it that on the news you usually see only children or old people? Their hardscrabble lives, tending outdoors to agriculture and focused on manual labor, shows up on their faces and they appear prematurely aged. Are the devastated streets of broken concrete typical? Actually no, as the majority of citizens live in small villages far from urban areas such as Kabul. Is it just a land of dust and opium poppies? No again, as stone fruit, grapes, nuts, citrus fruits, melons, and rice are grown in different parts of the country, depending on what areas are irrigated. The famous mountainous region, known to have been a hiding place for bin Laden, is in the center of Afghanistan. Its steepness creates dynamic changes in climate in just a few hours of travel, and creates a diverse variety of crops. 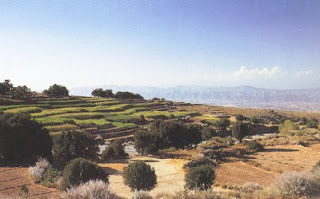 The current situation in Afghanistan is covered in the sixth chapter, where Barfield addresses the complicated social concerns that continually plague the country. The resurgence of the Taliban and their religious ideology reverses social progress, while modern policies want to focus on reducing the religious power of clerics. Additional goals include establishing rights for women, tolerance of non-Muslim faiths, implementing educational policies, and modernizing archaic laws to better represent the desires of the majority.


Special thanks to Katherine “Casey” LaVela of the Princeton University Press for the Review Copy.
Posted by Amy at 10:49 AM