Out Stealing Horses, quote from

..." I want to use the time it takes. Time is important to me now, I tell myself. Not that it should pass quickly or slowly, but be only time, be something I live inside and fill with physical things and activities that I can divide it up by, so that it grows distinct to me and does not vanish when I am not looking."

I missed this until someone pointed it out.  This is why I love Per Petterson.
Posted by Amy at 2:03 PM No comments: Links to this post

Then Came the Evening, Brian Hart

This is a new book by a first time novelist, just released last week.  Bandy and Ione live near Lake Fork, Idaho;  this book picks up after their breakup when she leaves him and he ends up murdering a policeman (in the first chapter).  It goes through the chronology of their separate lives and that of their son Tracy, through numerous difficulties including disease, drug abuse, abandonment, and death.

Hart is masterful in his level of detail: I felt like I had actually visited the locations near Lake Fork that he described. None of his characters are typical, in fact, they are all unusually complex, which makes the reading very interesting. There's many surprises in this novel, as the story weaves through many different lives. I enjoyed the detail of it all.

However, the mood of the novel is hard to grasp. It's not just that it is depressing (it is) but also that I couldn't seem to focus on one character long enough to be drawn to them before he switches characters. It seemed like he jumped around characters so frequently that none of them were fully developed and I couldn't grasp a warmth or "pull" to any of them or their plight. And it frustrated me that there was never really any attempt to explain why the characters acted as they did (except for Tracy). I just felt like it was a bit disjointed, and wish there had been more focus on developing a single character or two, rather than placing so many complicated characters in without more depth.

While he is compared to Cormac McCarthy, I have to disagree. The style may be similar in the intense level of descriptiveness, but McCarthy made his characters come alive, and every thought and action became part of who they were, even if they were unsympathetic villains. In this, the characters were complicated but without as much depth as to feel completely real.

I look forward to more novels by this author, though, purely for the feel of the location and place as influenced by nature, weather, and people.

Thanks to Bloomsbury USA for the advanced copy to review!
Posted by Amy at 4:53 PM No comments: Links to this post

“So now all of that was public knowledge but what was the point except to indicate the decline of a House, the Fall of a reputable family, the shame of all that history in that it had led to us, the without-issue Collyer brothers lurking behind closed doors and coming out only at night.” (177)


This statement by the narrator, Homer Collyer, serves to summarize this historical fiction novel by E. L. Doctorow. The house is just as an important character as the two brothers, Homer and Langley, and all of them play off each other with detail and significance. As the 20th century passes by, Homer plays hide and seek with the world outside, while inside Langley is hoarding everything from newspapers to pianos to an old car. The way their life unravels from privileged children to hoarders lacking water and electricity is documented step by step. They stop paying their bills, and steadily begin an attempt to shut out the world, although this makes them become infamous in their neighborhood and an anecdote in the newspapers.

“For what could be more terrible than being turned into a mythic joke? …Our every act of opposition and assertion of our self-reliance, every instance of our creativity and resolute expression of our principles was in service of our ruination.” (200)

The novel is fascinating in both how the brothers relate to each other as well as how differently they interpret world events. At a few points, it seemed a bit too Forrest Gump-ish in the style where everything seems to relate to them, as if they featured in each significant event. Part of that comes from Langley’s compulsive collection of newspapers; his goal, to write one newspaper that would be applicable to any day.

Knowing that the Collyer’s were real people makes this fictionalized novel more interesting, but I would take it a step further and suggest before reading it to read a short biography of them online. I did it in reverse, looking them up after, and wish I had done so before. Their story is fascinating, and seeing both the true and imagined makes for a dynamic read.   I didn't love it as much as I expected to, but it was fascinating and a sidelong view into the habits of the hoarder.
Posted by Amy at 4:46 PM No comments: Links to this post

Thanks to NTIUpstream Press and Bloomsbury USA/Walker Books for the Advance Readers copies to review...they look great!

Also, great job at Islandport Press in MA for going to such lengths to support their treasured author/artist Dahlov Ipcar!  The Cat at Night is a publication to be proud of!  Hardscrabble Harvest looks like another great read as well.  Hopefully more people can discover these treasures...
Posted by Amy at 1:58 PM No comments: Links to this post

I've read many books about Nazi Germany and the Holocaust over the years, but I was completely unprepared by this book by Benioff.  It really knocked me around emotionally, in part because it contained so much tragedy and so much humor.

Background:  this is based on the author's grandparents and their "how we met" story as Nazi hunters in Russia circa the end of WWII.  It is true to the extent that his grandfather dictated it to him, with the instructions to his grandson to 'make stuff up' if he needs more information.  His grandfather, Lev, was a Jew living in Piter, who was inadvertantly caught out during curfew (when he was trying to rifle the pockets of a dead German).  He ends up in jail where he meets a blustery blond soldier, who was also inadvertantly caught absent without leave (he was making a quick trip to visit his girlfriend and stayed too long).  Both face firing squads the next morning.

They get lucky, or so they think.  They are taken to a powerful General who agrees to free them if they first find him a dozen eggs for his daughter's wedding the following week (supplies are nonexistent).  Sounds easy, and it isn't.  This is the tale of their search.  It is appalling, graphic, and funny.  Weird combination.

What surprised me was the detail to which the Russians suffered.  For example, food deprivation.  I knew that cannibalism took place, but the idea that they ate dirt from below a candy factory (the dirt was infused with sugar) or peeled book bindings to eat the glue (i.e. "library candy") shocked me more.

This book has genuine surprises and you really don't know what is going to happen at any given time, in fact, the more you assume the bigger the surprise.
Posted by Amy at 9:00 PM No comments: Links to this post 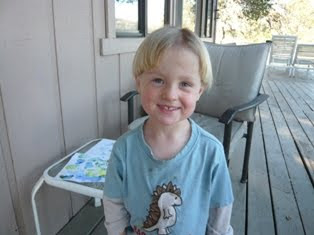 Sometimes I have to catch my breath when I see this sweet little face!  Mommy's sweetheart...
Posted by Amy at 11:41 AM No comments: Links to this post 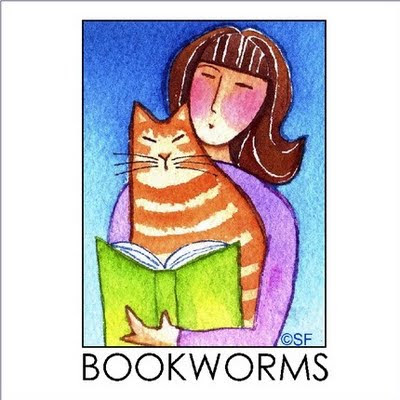 Posted by Amy at 10:49 PM No comments: Links to this post

To Siberia, Per Petterson

I finished this yesterday with a sense of sadness, as it's the last of the Petterson books that I have.  I know he's written more, but they are yet to be translated.

This is an amazing book, and pretty much different from any of his other novels (or most fiction for that matter).  Imagine placing four characters into a setting, describing the location, and leaving it at that.  You are told of different things that happen, but from the outside.  You really have no internal view of why they are behaving as they are.  There's very little dialogue to clue you in, and most of the strange occurences come and go with no explanation.  The details from place to place are incredibly vague, there are few references to their work, their daily habits, even their friends.

For example, the two children, from childhood on, appear to parent themselves.  Their father is extremely distant, and their mother is pretty much devoted to God and no one else.  The brother and sister are extremely close, to the point that it crosses your mind that something may be off.  But then again, they essentially have no parents, so all their interaction is with each other.  They talk about a vague future but they never have a connection to the current, it seems.  The isolation is unsettling.

One thing this book really taught me was how ignorant I am about history from a perspective other than US History...this took place in Denmark prior to WWII and I had no knowledge of any of the activities that were going on before or during the war.

Really good, although I still favor Out Stealing Horses.
Posted by Amy at 2:34 PM No comments: Links to this post