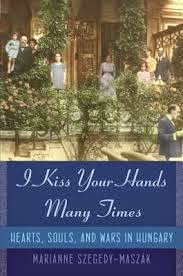 My Next Purchase: Salon's Laura Miller recommends "How Not to Be Wrong: What the Literary World Can Learn From Math"

Laura Miller at Salon has pointed out two inspiring new books that have jumped the line to the top of my wishlist of summer books.  I'm sure I'll get to The Goldfinch sometime...

First, How Not to Be Wrong: What the Literary World Can Learn From Math, by Jordan Ellenberg is discussed at length, and at one point Miller quotes Ellenberg's observation that a simple word choice can make all the difference and how it matters mathematically (not just as a variation of lexicon).

"Ellenberg pauses, for example, to fantasize about going back in time to “the dawn of statistical nomenclature” so he could persuade statisticians to use the term “statistically noticeable” instead of “statistically significant.” “Mathematics has a funny relationship to the English language,” he writes, and here’s a prime example. In statistics “significant” does not indicate that a result is “important” or “meaningful,” only that it is at least a little bit off what we would expect from pure chance. Such a finding should be viewed as no more than “a clue, suggesting a promising place to focus your research energy.” Only when well-designed experiments consistently deliver the same finding can we start to treat it as a fact."

Probability and statistics and how numbers are manipulated makes for some tantalizing reading, and tying it into literature, as Ellenberg does in the book, is a brilliant angle.  Word choice is everything these days, from logic classes to what an advertiser is allowed to claim on a label.  Even more so, word choice is what allows the media to make vague accusations and still stay in business.

(Just for kicks, there's a related article from the University of Texas by Dr. James Pennebaker about what word choice says about us, our status and our honesty, entitled "Word Choice Detects Everything from Love to Lies to Leadership" at  http://www.utexas.edu/news/2011/08/01/pennebaker_word_choice/)

Also mentioned in Miller's article is a similar book, The Improbability Principle (by David J. Hand) that is "simpler and sometimes clearer" and equally likely to be on my wishlist of new titles to read through the summer.

These sound appealing in the sense that the Malcolm Gladwell books explained things so uniquely and accessibly and "scientific-y" (although those often left me with more questions than answers, and sometimes a feeling of nausea).

See the link for Miller's article, which is featured as part of her regular columns at Salon: