Maps and Shadows by Krysia Jopek

This is the thought that Henryk carries in his mind as his family is being transported to Siberia from their rural home in Poland. Despite his youth, he can sense the turmoil that is uprooting them and the violence that will come, and can only hope that Helcia and her poetry will help make sense of it all. In Maps and Shadows, the novel released this month by Krysia Jopek, we see how this small family of five is transported on a journey far more distant than Siberia. The story is tightly based on the actual events in Poland and Russia, and beyond, from 1939 to 1955.

Unique in many ways, Jopek’s novel combines a fast-paced narrative with poetry created by the character of Helcia. Her poems are placed throughout the chapters that explore the events through the separate viewpoints of the four oldest family members: Andrzej and Zofia (the parents), and Helcia and Henryk (the two oldest children). While each experiences their deportation differently, they are united in the hope that “some of us, at least, would survive.”

While much of the events of the Polish being sent to Siberia were familiar, the aftermath was not. Stalin had “freed” the Poles to fight alongside Russia against Germany, in a move that pleased the US and Britain. However, this left thousands of Polish families stranded in Siberia with no means of return while the Polish men went off to fight. Thus, a displacement of these Poles, mostly women and small children to parts of Africa and the Middle East (22 convalescent camps with 19,000 Poles in Africa alone) was completely new to me. In some cases, the British helped the Poles to reunite with their families and also provided camps and education in the interim. Yet, when WWII ended, despite their the many Polish soldiers who supported the Allied efforts, “the Polish military were asked not to march in the celebratory Victory Parade in London…those in power in England and the United States did not want to alienate Stalin.”

It was painful yet fascinating to read about the resilience of the people whose lives were uprooted so viciously and repeatedly. Only their family ties remained valuable to them as material items were so transient. They had to endure the frigid cold of Siberia and then relatively quickly try to acclimatize to the heat of Africa, and their health was forever compromised by the years of malnourishment and mental anguish. Kopek’s tactic of letting each character explain their own interpretation is revealing as it shows the more personal suffering of each: a father tormented by his inability to protect his family, a mother desperate to see that her toddler have milk, and the two older children trying to put on a brave face to alleviate the worry of their parents as they themselves are forced to grow up far too soon.

Helcia’s means of coping was her poetry. Words and phrases that reveal a mature realization of the larger implications of their suffering, in "Ice Garden":

This scrim of the inner room
The door of some other now, the book
Of will unknown. The book of how
And why drowned, encrusted under:

Sisyphus longed for a beginning, middle
And end to make it all bearable or seem
To have a context. The shortest distance

Between two points can be viole[n]t
Those wounds in the armpits
Wary at the lookout, ready to bow

Notice the word play she creates with viole[n]t. The use of the brackets gives color to the meaning of violence: the violet of the inevitable bruising. In another poem she similarly writes [D]anger, to contrast the emotions felt “to live in a place not one’s own.” In fact, she refers to this homelessness and ties in the book's title with the reality of changing maps of the world:

Villains can change out of costume,
Spectators, easily cajoled
The cartographer obsequiously pleasant
To be paid on time. 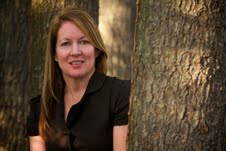 In all, the novel was fascinating in style and content, as were the new aspects (to me) of post-Siberia rehabilitation. It’s evident that Kopek did tremendous research (the bibliography is extensive) on the historical events, and the history itself is never dull. However, a few times I wished there might have been more narrative regarding the personal emotions of each of the four characters-did anyone ever really lose their temper? Break down in hysterics? Fight over petty things? Do the wrong thing? They seemed remarkably focused and devoted despite all that happened, almost a bit idealized.  This isn't to say they weren't believable, I just think that the novel could have expanded to include more intimate and informal subjective details.


Special thanks to Debra Gendel and Aquila Polonica for the Advance Review Copy.
This titled released earlier this month.
Posted by Amy at 4:07 PM