A Maxim, a poem by Carl Dennis

To live each day as if it might be the last
Is an injunction that Marcus Aurelius
Inscribes in his journal to remind himself
That he, too, however privileged, is mortal. 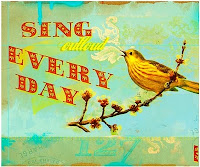 That whatever bounty is destined to reach him
Has reached him already, many times.
But if you take his maxim too literally
And devote your mornings to tinkering with your will,
Your afternoons and evenings to saying farewell
To friends and family, you'll come to regret it.
Soon your lawyer won't fit you into his schedule,
Soon your dear ones will hide in a closet
When they hear your heavy step on the porch,
And then your house will slide into disrepair.
Is this is my last day, you'll say to yourself,
Why waste time sealing drafts in the window frames
Or cleaning gutters or patching the driveway?
If you don't want your heirs to curse the day
You first opened Marcus's journals,
Take him simply to mean you should find an hour
Each day to pay a debt or forgive one,
Or write a letter of thanks or apology.
No shame in leaving behind some evidence
You were hoping to live beyond the moment.
No shame in a ticket to a concert seven months off,
Or better yet, two tickets, as if you were hoping
To meet by then someone who'd love to join you,
Two seats near the front so you catch each note.