Naked in New York, a memoir by Alan Cooke


An audio book by Alan Cooke 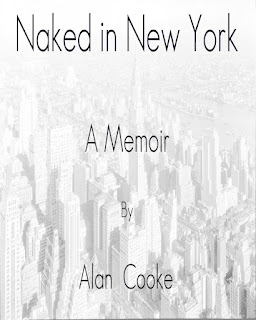 “A landmark of nostalgia, ugliness, and reinvention”


Many themes cross in Alan Cooke’s memoir that traces his journey from Ireland to New York just after the events of 9/11. For one thing, the journey itself, being far more than just a change in location, displays the personal motivations that would compel someone to leave all they’ve known for something intangible. The idea of New York is what calls him. Being the center of art and culture, he wants to test his wings and see if the city of his dreams is indeed magical.

The journey takes place in October, when the world was still reeling from the terrorist attacks. Naturally, his family was concerned for his safety. But most touching to me was the way he relays the events of the day of 9/11, as observed in a Dublin pub. Somehow, knowing that the entire world was watching, gasping, and horrified as we were is very moving. The silence that descends on that Pub shows a tie of humanity across borders. This tie is explored by Cooke once he’s arrived into the city.

Another theme, reminiscent of the work of Tomas Espedal, is survival. Looking after oneself with just a backpack and the desire to explore, Cooke’s entry into New York is complicated by finding places to stay once his initial funds run out. Survival becomes consuming, especially when he realizes just how many of the crowded streets are in a similar position. He finds work, but being “illegal”, has to be concerned with both doing a good job and making sure he’s off the radar. Survival in New York, in his case, often means going without even food, but by a bit of Irish charm he usually manages to get by well.

What keeps this from being an ordinary travel memoir is the writing. Cooke is a poet, and the words he chooses to describe his adventures feel poetic. Phrases are built carefully rather than pages of repetitive prose. Less is more, as always, and the result is finely polished writing that is compact but powerful. He has much to say about the towers falling, and in approaching the remains of the towers, he notes “Ground zero wailing in silence.” He depicts the area as one of dread and death but teeming with hope.

The street life of Manhattan is dissected by some very careful and astute people watching. Taking notes while drinking endless coffee (how can this man sleep?), he watches the residents scurry, sometimes noting their resemblance to animals, while at other times he elevates their condition to that of angels. He sees “the functionally insane and the wholly mad” all around him, yet there’s a trick here. Is it the “holy” mad that he’s referring to? What he writes and observes makes you pause and wonder again at exactly what he has in mind. To turn a declarative phrase into such a complicated question is a subtlety that fills the book. 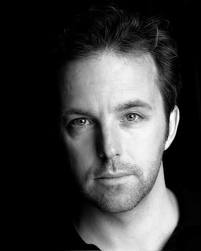 In his people watching, he always leans towards the positive. He doesn’t bash people; instead, he seems to notice little details that may explain even the rudest of characters he meets. One section contains a fascinating glimpse of humanity when Manhattan experienced a tremendous black out months after 9/11. The fear was instant, and people took to the streets en masse to find out what was going on…once it was learned that it was a simple blackout, the people visibly relaxed, forming a laughing and relaxed river of people walking the streets toward their homes. As the sun falls, Cooke notes the faces of the crowd peeling off months of tension as they suddenly feel a shock of good fortune.

As this was an audio book, it was especially enjoyable to hear it read in Cooke’s Irish brogue, and spoken the way he intended it. It’s peaceful to listen to, and even when discussing tragedy, Cooke maintains a calm demeanor and looks for the silver lining he’s learned always exists.

Cooke is an Emmy-winning writer, filmmaker, and actor who is also credited with creating the film, "The Spirit of Ireland".  I purchased my copy of this audio book at www.wildirishpoet.com.