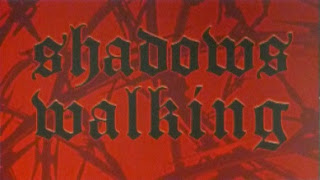 I am—rather, I was, before I retired in 2006—a teacher of history. The hardest part of my job was convincing my students that history can be fascinating, indeed exhilarating. For those who are willing to really look into the past—to realize it, that is, literally, to make it real—studying history is empowering and humbling at the same time.


I tried to teach my students that the past is done, irretrievable except through the stories we tell about it. It is not what happened, but what historians say happened that constitutes our understanding of history, of the past. This telling of stories about the past can awaken us, frighten us, empower us, energize us; cause us to tremble, weep, worry, and rejoice. At the least, if we look into the mirror of the past as closely as we can, if we honestly try to see who we were and who or what we might have become instead, given the revelations and dangers that are evident on every page of our history books, we can become empowered for the opportunities we have. Just as important if not more so, we can begin to find humility and compassion in the responsibilities we bear. Given the precariousness of our lives and the obvious dangers that are too real in lives of our children and grandchildren, it is more imperative than ever that we learn who we were, in order to prepare ourselves for who we might (again) become.

On April 14, 1938, President Franklin Delano Roosevelt spoke a warning in a “fireside chat” that was insightful then and still relevant now: “Democracy has disappeared in several great nations,” he said, “not because the people of those nations dislike democracy, but because they have grown tired of unemployment and insecurity, of seeing their children hungry while they sat helpless in the face of government confusion and government weakness…. Finally, in desperation, they chose to sacrifice liberty in the hope of getting something to eat.”

One of the nations where democracy disappeared was Germany. Until Hitler came to power, Germany represented the epitome of Western Civilization: brilliant, profound philosophers; inspiring, unequaled composers and authors; astounding insights in science, especially medical science; technological geniuses—all these and more were justifiably celebrated in their native Germany and throughout the world. Within the space of a few years, this legacy was betrayed by Nazism and replaced by unspeakable tyranny and atrocities. The perpetrators of Nazi ideology were highly educated. What went wrong? All of my scholarly research was directed at learning more about this question. I needed to try to understand how this had happened. And I wanted my students to join me in asking ourselves how it could have happened there, and what would prevent it from happening here.

I was fortunate to receive a Senior Fulbright Scholar/Teacher Award that allowed me to spend the 1985-1986 academic year in Germany as a guest professor at a university and to have time to research medical ethics and practices in Germany from 1880-1945. I envisioned a scholarly work detailing and analyzing this history. Before I could complete my research and produce a manuscript, however, several other excellent studies were published. All of them, I now see, are superior to anything I could have produced. And thanks to them, we know an incredible amount about the administration and practices of Nazi medicine, about its perverse experimentation on unwilling human beings, and about the sufferings of its victims. We especially know a great deal about the monstrous personalities and the highest ranking physicians and medical administrators who shaped the Nazis’ cruelties toward their victims.

Just the same, all of these studies, despite their merits, to my mind did not adequately explore the why or the how that a typical, well-intentioned, thoughtful, even idealistic young physician could decide to become a Nazi. How could such a person do what we know Nazi doctors did? What could lead a person, especially a person whose career is supposed to be one anchored on compassion, to choose this path? What would happen, I asked, if he came to realize what he had done? (Most Nazi doctors did not realize the extent of their crimes.) How would he try to explain himself? (Most would have shirked blame.) And what should happen to him, once he did? (Most died in their beds, having resumed their practices; some even achieved prominence and praise.)


The problem was, “ordinary” Nazi doctors did not leave a conspicuous paper trail. I began to imagine one’s life, a composite of the fragments of some actual careers I could trace. I wrote a “biography” of this imagined Nazi doctor. I put him into the context of the events he most likely would have experienced—the pre-World War I era of his childhood; World War I and the disappointment at Germany’s defeat; the hated, punitive Versailles Peace Treaty that demanded unimaginable reparations from Germany; the ensuing economic crises, especially the Great Depression; the euphoria in thinking that Adolf Hitler would solve all Germany’s problems. I knew that my typical Nazi physician would certainly be a strong nationalist throughout these events, rather than an internationalist, a socialist or a communist.

As the unavoidable backdrop to these events and the sentiments they evoked, I knew that my typical Nazi physician would have imbibed at least some of the pervasive, long-standing animosity toward Jews and the unspeakable racism that authenticated it. Anti-Semitism was by no means unique to Germany, or even at its zenith there; on the contrary, it was in minds and hearts wherever the sun shone down, in Europe, the Americas, even in places where there were hardly any Jews, such as Asia. Another, related ingredient in the values of those times was the sexism that held women in contempt; even while lip-service was given to them as mothers, they were seen as unfit and needed to be protected from the realities of a world they could not possibly understand or change.

My story would have to include the wide-spread enthusiasm for medical science as taught in all the major universities of the day. Leading the way was German medical science. It promised itself that it would eliminate all human ailments and cure every disease. Medical science at the time was animated in great part by eugenics—the pseudo- scientific belief that human health—some even argued, the survival of our species—depended upon having the will to cull and terminate those whose “lives were not worth living” and the “useless eaters.” At the same time, and more reasonably, there was enthusiasm for fresh air, good nutrition, exercise, and public hygiene as a way to transform the human race into noble specimens more like gods and goddesses than men and women.

By 1990, I had sketched out a version of Shadows Walking. I gave my typical physician, Johann Brenner, a family, friends, associates, and ultimately, victims. I created a plot. I invented a disguise for Brenner once he survived the war. I began to write my novel.

Over the next twenty years, I wrote fourteen drafts of my novel. I had six working titles and nine possible endings. I published it myself, not being willing to risk never seeing it on the shelf. I know it can be better. I wish I had included other characters, for one. I wish I were a more succinct writer. (The length of this piece shows I’m not.)

My students always came to life and had better insights when we were reading fiction from or about the era we were studying. I believe in fiction as a way to explore the past. It helps me discover others’ values and test my own, as a way to discover myself. Learning about others’ lives helps me learn about my own potential—my capacity to be whatever the historical record shows human beings have been—saints and sinners; beggars and royals; the powerful and the powerless; the wise and the foolish; the brilliant composers and the maniacal destroyers; a Mozart, a Mengele; the one who does good and the one who, like Camus’s protagonist in The Fall, who walks by someone in need of help. As best I can, I need to know what made a well-intentioned man willingly choose to become a Nazi doctor. I think we all need to know that, if we can. We might in the process become more humble. We might better appreciate the courage of his victims and regret their pain. And we might be more inspired to do the right thing when, as President Roosevelt warned, democracy can be sacrificed in the face of desperation.

Special thanks to Doug for this guest post.  His next post will discuss whether or not the concept of "Holocaust fatigue" is legitimate and what can be done to avoid that label.
http://www.shadowswalking.com/
The book can be purchased at the website above, at createspace.com, or at Amazon.com.
A Kindle version is available.
Posted by Amy at 12:05 AM