Doug Skopp, author of Shadows Walking, has generously provided an intensive focus this week for TBSD regarding the Holocaust.  I felt his book brought up issues worthwhile to consider, which is why I've devoted so much time to it.  I had a few additional questions that he's answered below, which I'll continue with tomorrow. 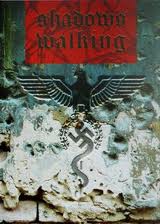 Amy:  When WWI devastated most of Europe, most of the nations were impoverished and confused. Your book depicts the hyperinflation that plagued Germany that created a severe financial crisis. Given that other nations were in a similar position, why was Hitler so successful in Germany? Was it the situation that created the monster or could a similar dictator have risen up in another part of Europe? Why him, and why Germany?

Doug:  Before I answer these and the other powerful and challenging questions below, if anyone is interested, my novel’s website— www.shadowswalking.com —has six thematic bibliographies listing works in English about these topics. There I also provide links to seventy little essays I have written about the actual persons, places, incidents and circumstances (e.g., Hitler, Versailles Peace Treaty, hyper-inflation, etc.) around which Shadows Walking is woven. Please go to the website and click on ‘Further Reading,’ then scroll down to the bibliographies and below that, to the alphabetical listing of the little essays.

Now, to the first group of questions. World War I was a “total war.” It demanded every speck of material from a war-time economy and enormous sacrifice for all the warring nations. As a result, everyone in those nations, both those in uniform and all civilians behind the lines, was at war. Even before the war ended in 1918, economic crises became evident. The weakest state—Imperial Russia—dissolved into a civil war in 1917 that lasted until 1923, when Lenin and the Bolsheviks solidified their power. Imperial Germany held out as long as it could but finally had to agree to an armistice in November 1918. It teetered on the brink of revolution until 1920, when a new government, the Weimar Republic—Germany’s first democracy, based on a remarkably progressive constitution—was formed.

The victorious Allies were not much better off. They held Germany responsible for all their losses in men and material, and were determined to make a vindictive peace. The reparations payments they demanded would have indebted Germany to them for generations. When Italy wasn’t able to negotiate what it thought was its fair share at the peace table, it disintegrated into fascism, with Mussolini in control of the government in 1922—another victim of the costs of the war.

At first, the new German government refused to pay, leading the French and Belgians to occupy Germany’s coal mining region and attempt to extract coal as payment for some of their losses. Britain attempted to reconcile with Germany, fearing a communist revolution there and a continent that would be dominated by France. Finally, the German government began to pay by printing money—staggering sums of money. This lead to hyper-inflation—one German mark was eventually worth about a billionth of its pre-war value; it was cheaper to burn the paper for fuel than to try to buy anything with it. As a result, Germany’s payments to its war widows and orphans, its public servants and others on fixed incomes and pensioners were rendered meaningless. Those with savings, large sections of the working and middle-classes, were ruined. Revolution was a real possibility.

By 1923, Hitler and his supporters tried to overthrow the Weimar Republic, accusing it of spinelessness, and imagining conspiracies dominated by “the Jews” who either sought a communist revolution or who profited from the economic crisis. Wherever Hitler pointed, he saw “the Jews”. His Putsch failed. He was brought to trial for treason and sentenced to five years in prison. He served only nine months, during which he wrote Mein Kampf, and was released for good conduct. Meanwhile, in 1924, the United States agreed to subsidize the German government, which could now afford to pay the reparations payments to Britain, France and Belgium, which in turn could re-pay the United States for the money we had loaned them in the war. This stimulated post-war recovery. For five years, the 1920's roared along to new prosperity.

The Great Depression ended this euphoria. The stock market crash reverberated across Europe. Banks failed. Unemployment soared. Revolution again seemed likely. Especially in Germany. Hitler’s Nazi Party had lost leverage between 1924 and 1929, even though he profited from the national attention he received in his trial and became independently wealthy because of the sales of Mein Kampf. In 1929, the Party’s fortunes rose dramatically. From then until October 1932, the Nazi Party gained in seats in the Reichstag, the national assembly. But then they lost votes to the rival socialist and communist parties. Conservatives in the government feared a revolution from the left; they invited Hitler in to be chancellor, overcoming whatever distaste they had for his politics and appreciating his nationalistic fervor. When the Reichstag building is set on fire a month later, Hitler declares a national emergency, blames the socialists and communists, sends them to the first concentration camp built specifically for this purpose, and begins the systematic destruction of any opposition to his dictatorship.

Could this situation have happened anywhere else? Yes, I think so. It all hinges for me on the vindictive peace treaty, itself the product of the merciless viciousness of the war. The Allies wanted to punish Germany. If any other nation had lost, a fascist dictator might have come to power there (as was the case in Italy, and after 1936, in Spain). Fascism was an understandable strategy to deal with economic chaos and possible communist revolution. It was supported by capitalists, conservatives, and religious leaders who feared the alternative. A few warned at the time that a harsh peace, unless it could be enforced, would produce a monstrous tyranny in reaction. But the monstrous tyranny that most feared throughout the capitalistic, nationalistic world at the time was Bolshevism, not fascism. It turns out, alas, that both of these ‘isms’ allowed those who championed them to display the very worst traits we have as human beings.

Amy:  Regarding the medical experimentation: Did these Nazi doctors simply have free reign to do as they wished, or was there scientific methodology they were trying to adhere to? Were there any long-term benefits from their "research" or was the nature of it, as "fruit of the poisonous tree," rendered worthless?

Doug:  There were two general research agendas: to determine appropriate strategies to deal with combat conditions, wounds, deprivations, as well as methods to conduct more efficient warfare—chemical and biological weapons, for example; and to advance what was claimed to be scientific understanding of human biology, disease, and heredity. The government provided funding and material support for both of these endeavors. Concentration camp conditions permitted researchers great latitude in pursuing them. In all cases, this research was based on racist ideologies that were justified by Social Darwinism and eugenics. And there was no informed consent from the victims.

Nazi medical research did reach some significant conclusions. Before the war, for example, epidemiologists and laboratory researchers demonstrated the direct link between nicotine and lung cancer, and recognized the influence of specific environmental conditions on other cancers. Unfortunately, this research was discredited after the war, in great part by the tobacco industry, because it was conducted by Nazis in the Third Reich. See Robert N. Proctor, The Nazi War on Cancer (Princeton, NJ: Princeton University Press, 1999).

Obviously, medical research in the concentration camps is highly problematic. Victims were offered little to no accurate information about the treatments they were forced to endure—and even if they were, can we really imagine that they gave genuinely voluntary, informed consent? There is a strong argument that subjecting a human being to such treatments without voluntary, informed consent invalidates the research findings: the prisoner’s lack of autonomy quite possibly affects his or her body’s responses to the treatment. Who’s to say that our mental state doesn’t impact even our most fundamental biological activity? The more we learn about the mind-body connection, the more we realize how important it is.

Just the same, some Nazi research did produce valid information or at least led to further, more responsible research that has become significant. For example, in the field of cryogenics, we have come to understand the importance of lowering body temperature in order to treat specific traumatic conditions or increase success in some surgical settings; and improvements in designing prosthetic limbs can be traced back to some of this research.

In any case, all such research is unethical. It uses human beings as a means to an end, in violation of widely agreed upon, fundamental and responsible religious and ethical principles. The significant question remains: should we now use whatever is valid information that has been learned from such experimentation? Some say, yes, we should, in order that others may now benefit, and so the victims’ sacrifice will not be in vain. Others say, no, we should not, because of the sordid way in which the information was obtained, lest we rationalize that such ends will justify similar means, and in an attempt to honor the victims’ pain and sacrifice. It is a very controversial topic among medical ethicists and philosophers. At the least, discussing it heightens our awareness of potential abuses in medical science and practice.