Beauty and The Inferno by Robert Saviano (essays)

Translated from the Italian by Oonagh Stransky
"We discussed...how everything you seem to see is not the real story.  How you always end up understanding less of what is happening rather than more."

This excerpt was from a conversation between two journalists, Saviano, and the Italian legend Enzo Biagi.  Saviano's thoughts on Biagi fill a chapter in this collection of essays from Saviano's experiences as a journalist --work that would probably never be printed or aired in the United States.

First off, it's important to know that because of his work, Saviano is a wanted man.  His journalism doesn't use the typical references to "an unnamed source" or an "anonymous tip".  Instead, he fully exposes the names of organizations, politicians, and individuals that are involved with criminal activity in Italy, even if it endangers his life.  Thus he's in hiding because of tell-all stories about the mob, and the way his articles explain not only who is committing the crimes, but also the structure of power and the methods (or businesses) they use to manipulate politicians, sell drugs, or launder money.

I'm not sure the difference in legalities that allows for such focused criticism that is relatively unheard of here.  Even stating that a suspect is "alleged" is frowned upon here, whereas Italian newspapers can indicate full names and addresses.  It makes reading his essays shockingly different from what a US reader may be used to, and makes his living in hiding completely understandable.  Many times I had to pause and ask, "can he say that?"  Seriously, I would not want to be his bodyguard.

Beyond the exposure though is a real intent to educate citizens in Italy about their government and what is happening around them.  In describing Enzo Biagi, as mentioned above, parallels are seen between his goals and that of Saviano's:  "Biagi was capable of looking at fragments of the daily news.  He examined things bit by bit.  He never jumped to a solution, but always advanced slowly...He examined our daily concerns about taxes, terrorism, schools and health and used them to ask bigger questions.  He wanted to explain, freely and to spread information and make it known, but to do this with discipline and control" (127).

This is the model Saviano uses as he writes, at all times attempting to avoid both the cynicism that marks many reporters and the focus on elegance and style that detracts others.  His reporting is for ordinary people and he tries to reveal it without frills.  Like Biagi, he wants to motivate his readers to take notice, especially of the scores of unsolved deaths occurring around them: 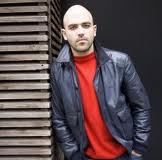 "Can you really believe that none of this depends on you, or on your want of indignation? Do you really think that worrying about your everyday life is enough? Are you satisfied by the answers to these questions?  Does saying "I'm not doing anything wrong; I'm an honest person," allow you to feel innocent?  Can you let the news wash over you, over your soul?"

From that he describes the sixteen people who have been murdered by a mafia gang called the Casalesi who run businesses that profited more than 500 million Euros, while the rate of congenital birth defects increased 84% due to their illegal dumping of toxic waste.  Their profit equates to 7172 deaths from cancer per year.  So this lovely countryside in the South of Italy, namely around Lake Patria, has become an almost Wild-West type of region where the carabinieri and others trying to fight the criminals are threatened or killed, along with many innocents in the way.

In other essays he looks at similar issues facing the South of Italy, and at many times incorporating details of the culture of Italy, both ancient and current.  Saviano is well-read:  he references operas, plays, poetry, and literature in his writing.  The pace of the essays are fast even while the details are disheartening.  Seeing how crime is perpetuated as a business, focused on efficiency and results, is hard to accept.

One thing that alienated me a bit at first is his Preface, where he describes his efforts to live in hiding.  It's off putting at first, as he seems to dwell on his imminent danger and how unafraid he is, given his important sacrifice.  Since I'd never heard of him, it felt like a bit of bravado instead of reality.  Yet, after I read the essays, I totally get it.  I would hide too, and I now can respect that he has made tremendous, unimaginable sacrifices in the pursuit of truth.  I just think it would have appeared better as an Epilogue than hitting the reader with all that indignation right up front.


Special thanks to Paul Engles of MacLehose Press, UK, for the Advance Review Copy.
Posted by Amy at 3:17 PM