“And see if he did put a claim in then the reminders would be there the whole time—for months, years, however long it took—and even that is still ignoring the main thing: why should he get a windfall? Him that brought it into the house and handed her the overalls to wash and here’s two hundred grand, pal, take it, it’s yours—you deserve it.” 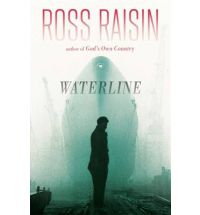 After the death of his wife to mesothelioma, Mick has to start his life over, struggling with the guilt from her death attributable to residue from his job in the shipyards. While his children hint at getting a settlement, to punish the company that virtually saturated their employees in asbestos, Mick resists any idea of what he imagines a payoff for her death.

While the story proceeds with his descent into grief, it never plays into the stereotype of the grieving widower who travels through five stages of grief to recover and find love again with a sweet old lady down the street. Instead, his journey is literal. Unable, emotionally, to reside in the house anymore, he starts sleeping in a shed outside, and his focus changes to minor things to avoid thinking about the bigger issues. He begins finding a kinship more with the birds he feeds than with other humans.

“He listens, enjoying the sound of it, as they begin skittering on the concrete outside the shed door...Until recently there’d been just the one – probably the same patient guy that’s been coming all the while –but he’s obvious gone and let dab to all his mates that they can come and eat here, and now there’s a whole mob of them. Good for him, no keeping it all to himself. Obviously no an English bird. A genuine Southsider, that sparrow. “


The quote above reveals a wry humor that Mick has, told in his warm Glasgow accent. It’s revealed again as he’s run out of money, and thinks about the possibility of asking his brother-in-law for money:

“…he’d be pure delighted, guaranteed. A great song and dance over it, the ceremonious fetching of the chequebook, the smug showy putting on of the wee reading glasses. How much would you like, Mick? Really, it’s not a problem. How much?”

Instead of resorting to that indignation, Mick chooses another option: complete departure, from both Glasgow and reality. He ends up in London living a life he’d never imagined, and one that he hopes to hide from his sons left behind, who know nothing of his location.

Mick’s voice is full of irony and desperate humor, especially when he remarks on the cheap condolences friends make when they see him. He’s a realist that knows far too well how little people really feel about his loss. In this many vivid side characters are pulled in, and while they don’t appear long, they are memorable for the way they are described. 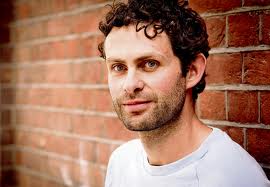 Midway through the novel I glanced at the author’s photograph in the back. It stopped me in my tracks. It’s a young guy that wrote this aged voice! It sort of put me off, for a day anyway, because I couldn’t imagine how a young man (anyone younger than me qualifies in that regard) could create such a complex persona that melds humor, regret, guilt, and anxiety in one realistic character.  Topping it off is the Scottish voice that Mick delivers his thoughts in;  sometimes an accent is hard to read because it doesn't flow, but in this case it was much of the charm.  (Would make a killer audiobook!)

Especially noteworthy is that while it is essentially a quest motif, the fact that neither the reader nor the protagonist knows the object that is being sought makes it mysterious. The pace speeds up as you literally follow Mick through a labyrinth of people and places, and you really don’t know where he’s headed. And the questions continue to plague you: what happened to his sons? Who were the men at the door? Will he go back to Glasgow?  What was up with Craig?

This is on target for my top five titles of 2011. Not only because of the main character and the plot, but also because of what it reveals about those living outside the margins of society. While the underbelly of large cities is often presented as a place of crime and prostitution, Waterline exposes the remote lives of immigrants and the homeless, attempting to live an honorable life while no one wants to meet their eyes.


Special thanks to Joe Pickering of Penguin UK for the Review Copy.
Posted by Amy at 1:10 PM