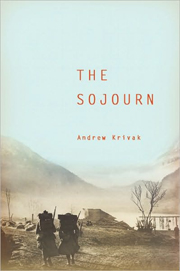 Today, the finalists were announced:


The Sojourn by Andrew Krivak***

The Tiger’s Wife by Tea Obreht

The Buddha in the Attic by Julie Otsuka

Salvage the Bones by Jesmyn Ward


The Convert: A Tale of Exile and Extremism by Deborah Baker

Love and Capital: Karl and Jenny Marx and the Birth of a Revolution by Mary Gabriel

The Swerve: How the World Became Modern by Stephen Greenblatt

Malcolm X: A Life of Reinvention by Manning Marable

Radioactive: Marie & Pierre Curie, A Tale of Love and Fallout by Lauren Redniss (first graphic novel ever included in this category)

Head Off & Split by Nikky Finnery

The Chameleon Couch by Yusef Komunyakaa

***My vote goes to The Sojourn by Andrew Krivak...Austria/Hungary circa 1914...my review was in the online edition of Rain Taxi earlier this year: http://www.raintaxi.com/online/2011summer/krivak.shtml.
Posted by Amy at 10:56 AM