The Walk Home by Rachel Seiffert 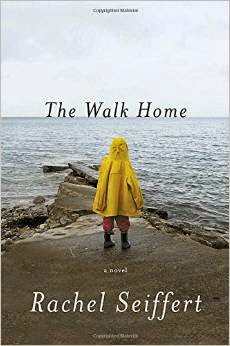 Family.  The most complicated and difficult and rewarding of relationships.  This is an exploration of an unconventional family in an unconventional place: Northern Ireland after the Troubles.  A time when people still have their battle lines drawn even if years have passed. Where a simple marching band is not a simple marching band, at least when it has to do with the Orange Walk.

You may want to bone up a bit on Irish History, specifically the Troubles circa 1970, that "Ulster" is what Ireland used to be called, that the North is Protestant and the actual region of Ireland is mainly Catholic. That England has supported Northern Ireland to the result of the IRA and resistance that affected ALL parts of Ireland.  That bombings that took place were not always by the IRA, and that England bears it's share of responsibility for the senseless deaths of many and actually staged bombings themselves to attribute to the IRA.  I actually never understood much of it until I took a semester of Irish Studies in college (and was so frustrated that I couldn't find Ulster on the map of Ireland, oy!).  In any case, some may get confused at the drama that exists, so if you can spare a moment to Google it or go to the Wiki page, you'll be rewarded. The book is worth the effort!

Into this mess is the family of Lindsey and Graham, a pair of newlyweds with a somewhat supportive family, making their new home on the planning "scheme" that is being built (basically a tenement section).  It seems that early on, no one trusts each other enough to talk about the most basic of family events (such as a birth).  Thus, few in the family even understand the long-standing rifts that they are now a part of.  This is just the individual immediate families, the further in distance, the worse it becomes, because distant family is never truly distant when it comes to history and emotions, and hard feelings always exist.  Seeing a youthful child Stevie grow up is touching as you can tell his parents are Lindsey and Graham are decent folk.  But the complexities of the past taint their future.

I like that the author Seiffert grasps all the subtle distinctions of family, even the appeal of those we can't stand.  There's almost a mystery quality to it, while this is certainly not a crime or mystery novel. It's just mesmerizing how much is unresolved in one family and how assumptions and rumors ruin it for generations.

This would be a great movie, and of course, I must cast Liam Neeson somewhere.  I believe that is a law.