Translated from the Norwegian by Don Bartlett


I've heard his name over and over, but this was the first Nesbo title I've read.  Part of the draw was that it seems like everyone who reads his books raves about the detective Harry Hole, who features in several of the books.  I like characters who show up in series.  Arkady Renko, Kurt Wallander, Kinsey Milhone, Harry Bosch...all of these become so familar in series form that you can almost know how they think.  (I dropped the Javier Falcon series after awhile...just too gory, too ick!) 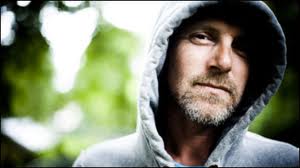 So, I wasn't disappointed with The Redbreast, if anything, I was a bit surprised at just how complicated the storyline was. Nesbo mixes present day Norway with WWII fighting by Norwegian soldiers, and strings a thread from the fighting to a present day assassination attempt.  Stolen identities, a manipulative Secretary of Foreign Affairs, a group of skinhead Neo-Nazis, a rare rifle from South Africa, and departmental battles keep the narrative moving all over the place.  There is never a point when the reader can claim "I figured it out!"  Okay, maybe Bernadette could, but other than that...no way.

I'm not going to go into a formal review....I picked this up as part of my goof-off time reading and enjoyed it.  It's won of ton of awards, and for once I'd think someone could make a movie of this rather than the inevitable Larsson books.  Great mystery, great series, good stuff!


Purchased at the Book Exchange in Los Osos, California.
Posted by Amy at 12:05 AM